In 2015, William M. Bird celebrated its 150th year in business. This milestone brought year-long celebrations with our associates, both current and retired, manufacturing partners, and customers. The legacy of the company is evident in our mission to deliver the right products and services, to the right customers, at the right time.

Our History: Delivering the goods since 1865

The William M. Bird Company has been delivering the goods since 1865.  For 150 years, Bird has been providing its customers with innovative products and expert solutions.  Our company’s successes and staying power in an ever-changing marketplace can be attributed to the sustained stewardship and entrepreneurial spirit set forth by our founder, William M. Bird.

Mr. Bird, a Charleston, South Carolina native, established the business in 1865 to supply materials and goods to rebuild the South following the Civil War.  From its inception, the company flourished, transporting Southern lumber and naval stores from Savannah and Charleston to Northern ports.  On its return voyages, Bird’s schooner carried new inventories of paint, glass, Belgian cement, and whale oil. 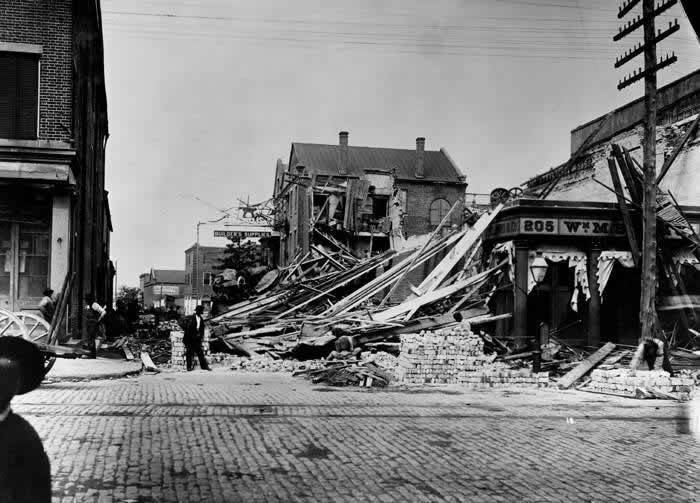 Bird’s success was not without its challenges.  The company’s building was all but destroyed by the Charleston earthquake of 1886.  Approximately 40,000-60,000 people in the city were left without homes.  Anticipating Charleston’s immediate need for construction supplies, Mr. Bird and his employees opened for business the next day, operating out of a temporary structure.  In the face of adversity, Mr. Bird was resolved to come back stronger than ever.

Throughout the early 20th century, Bird continued to expand.  In 1914, Mr. Bird incorporated his business and stepped down from the role of President in favor of Henry Welch.  At this time, Welch and Mr. Bird’s closest advisors including Edmund Kracke, Simms McDowell and attorney, Ben Hagood became shareholders in the business. (pictured below James Hagood and son, Ben Hagood on the far right) 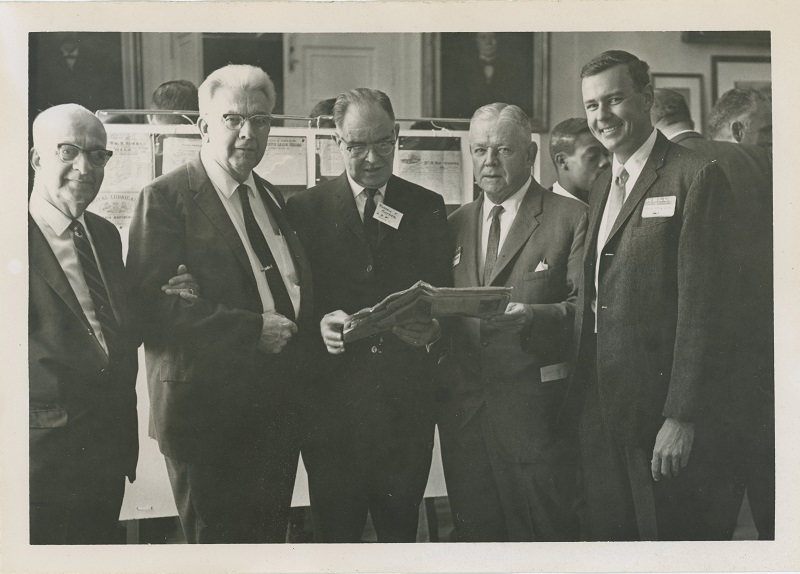 Upon Mr. Bird’s death in 1920, Hagood purchased additional shares from the estate.  His son, James Hagood, would later join the business, becoming president in 1932.  Among its many enterprises, Bird dealt in turpentine, timber, and sand and gravel distribution.  The company seized opportunities of post-Depression Era growth in South Carolina becoming involved in large-scale projects. Notably, one of Bird’s family of companies provided the stone needed to line the Santee Cooper Dam.

Foundation for the Future

As we enter our 150th year of business, Bird remains committed to serving our customers, associates, and communities.  Our parent company, Southern Diversified Distributors was established in 2003 to provide a corporate structure for Bird along with our family of companies.  Technological advances are among our key priorities.  We are proud to be an innovator and a leading distributor in online sales.

One hundred and fifty years after our founding, we are using the lessons history has taught us and applying them every day to interactions with our suppliers, customers, and employees. We look forward to a bright future and the many challenges, cycles, and opportunities a life of service will bring to Bird’s family of companies.

The “golden whale” icon chosen by Mr. Bird symbolizes one of our first products and remains our company logo.  The whale represents quality and value while reminding us that we must continue to bring the best products to market while adapting to continually changing customer needs. 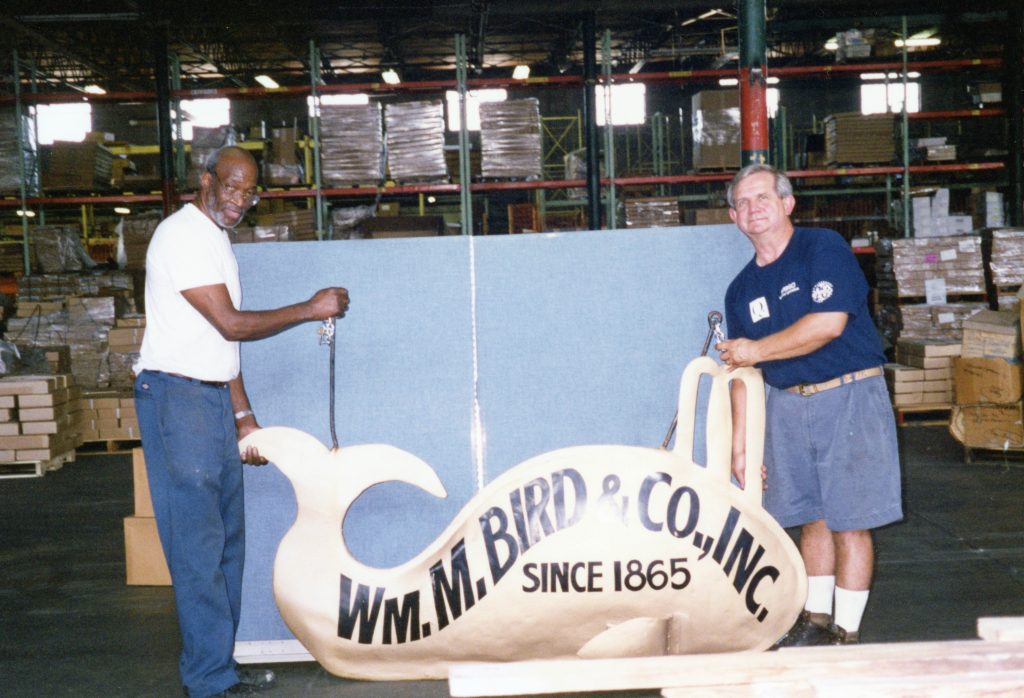 The origin of the whale began in Carolina, an English colony chartered in the 1600’s, adopted the customs of her mother country.  One of these customs was the use of symbolic signs to indicate a business owner’s trade.  This practice continued well into the 19th century.   In 1865, Mr. William M. Bird used the whale sign to advertise his principal product, whale oil, which was used for illumination, lubrication, and as a preservative for rope and leather.

Mr. Bird actually hung two signs: a whale and an eagle, with the whale on the front of the building and the eagle on top.  Both signs were created by Joseph Boesch, an artisan in bronze, copper, and iron whose workshop was located on State Street, just around the corner from the William M. Bird & Co. store at 205 East Bay Street. In the earthquake of 1886, the East Bay building was partially destroyed and the eagle was damaged beyond repair.  The whale, badly damaged also, was skillfully repaired, re-gilded and re-hung.

“The Sign of the Golden Whale” at William M. Bird continues to symbolize the company and its ability to adapt quickly to changes in the market. The original sign hangs now on the second floor of the Charleston Museum located at 360 Meeting Street, Charleston, South Carolina.

Learn more about William M. Bird’s 150th history including a timeline of milestone events in our 2015 media kit.